An archaeologist visits a zoo 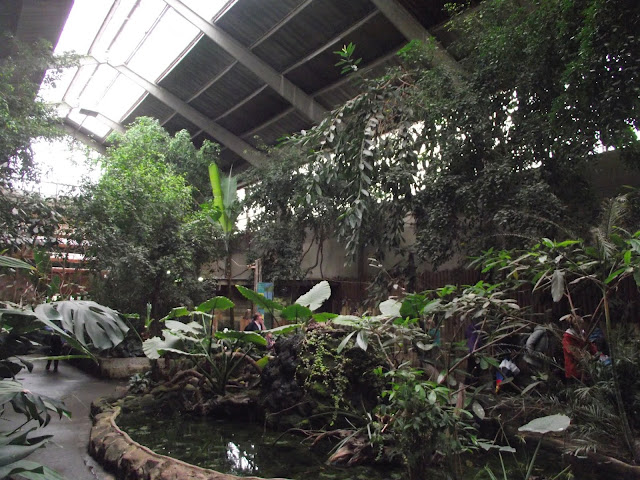 My son is fascinated by animals and wildlife so over recent years we’ve visited a lot of zoos, and this week we visited Chester Zoo for the first time. It was an fascinating experience, Ned finally got to see an Aye-Aye (which has long been one of his favourite animals) and we got our money’s worth spending a total of six hours there and must have looked at more or less every animal and enclosure. I enjoyed exploring the natural history side of the zoo- I’ve been reading a lot about early naturalists like Alfred Russell Wallace recently, but what really started to catch my eye was the design of the animal enclosures and exhibits; I became increasingly intrigued about certain aspects of zoo design as we made our way round the site.

Obviously over the long-term, museum enclosures have evolved significantly – with early zoos keeping animals in little more than plain pens or cages with little in the way of landscaping, although the notion of providing some kind of scenic content was developing by the later 19th century. Perhaps, the best known example of a carefully planned, and broadly speaking, landscaped animal enclosure is the penguin house at London Zoo designed by Erns Lubetkin and the Tecton Group in 1934 with advice from the biologist Julian Huxley. It’s stark and geometric design places it clearly in the early modernist tradition- it was in essence, a "machine for penguining".

Not surprisingly at a modern zoo, there was none of this kind of stark and spatially limited kind animal display. The enclosures were generally very extensive, with inside and outside areas and provided with planting, landscaping and enrichment activities for the animals themselves. This is likely to be partly driven by the drive to improve the aesthetic experience for the visitor, but I think it also reflects a wider move from a taxonomic/typological view of animals to a perspective that places them in their context, a shift to an ecological approach. This focus on ecosystem is also found in the grouping of animals geographically- Chester has one area for animals from Madagascar, and another from animals and birds from Indonesia and Micronesia (it’s new ‘Islands’ area). 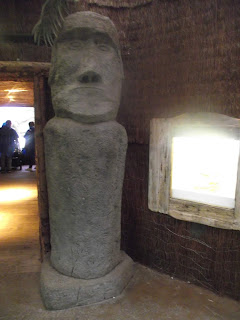 So far, so good – this kind of display is fairly typical of modern zoos. What particularly caught my eye at Chester was the use of human architecture and objects in and around the enclosures. This seems to take two forms. First, a number of displays, such as the large tropical house and the “Land of the Jaguars” included pastiche ancient monuments (fake Mesoamerican sculpture; faux temple architecture etc). These are important in one sense as they presence the fact that even in rainforest and jungle, animals in the wild don’t live hermetically sealed existences apart and distinct from human society What is problematic though is that whilst picturesque, the use of monuments avoids placing modern indigenous societies in the landscapes alongside the animals, but instead mobilises images of past, perhaps extinct, societies, writing out the contemporary populations of these landscapes. I do find this erasure of the modern peoples problematic – even if unintentional – and does tie into some classic Orientalist discourses that see modern indigenous peoples as often inauthentic or diluted versions of ‘purer’ earlier populations.

However, the latest displays, in the “Island area” did presence modern populations more clearly. There were attempts to replicate the distinct native architectural of the islands of Papua, Bali, Sumatra, Sumba and Sulawesi. Unlike the other displays, here the ‘sets’ were dressed to indicate the presence of a contemporary native population – jerry cans, textiles, even a tuk-tuk were all visible – clearly attempting to integrate the animal and human populations – the implications are that the wildlife lives alongside people. The wider display was structured around an explicit narrative of conservationists going on an expedition to preserve and protect native wildlife. 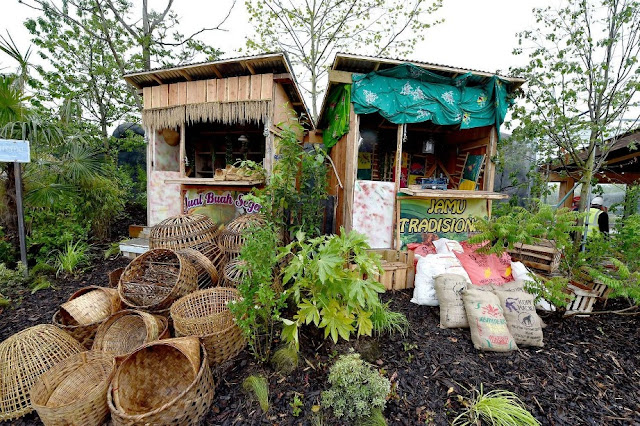 Interestingly, according to the architect, Dan Pearlman, it embedded a narrative that a team of conservationists has left remains of their visit – such as equipment, notebooks etc – allowing visitors to ‘become part of the research team’ whilst on their visit. Again, there was a danger of this kind of narrative falling into a ‘white saviour’ trap – but underpinning this more importantly was an interesting next step in presenting wildlife. Having moved from a taxonomic model to an ecological model – the presencing of contemporary humans in zoo exhibits is arguably linked to a conservation model, that emphasises the threats to natural environment. It represents an existential transition in the display of animals which demonstrates the contingent and dynamic nature of ecosystems rather than assuming that they are timeless and static. Interestingly, I’ve noticed this approach used elsewhere- when I visited the Audobon Aquarium of the Americas in New Orleans last year, one of their tanks, showing maritime life in the Gulf of Mexico, was structured around the 5m high legs of an off-shore drilling rig – this was constructed in 1990 with funding from a consortium of oil companies who invested in drilling in the nearby Gulf. The idea was to show that nature and oil extraction could live happily side by side- ironically since the 2010 Deepwater Horizon spillage in the gulf, the display is more likely to evoke reminders of the precise opposite.

NB: This was blog entry was largely conceived before I came across the interesting work by Cornelius Holtorf on the archaeology and heritage of zoos – there are resonances in our approaches, but also some differences.

For some useful reading see
Anon. Engineering the Penguin Pool at London Zoo

Hello Everybody,
My name is Mrs Sharon Sim. I live in Singapore and i am a happy woman today? and i told my self that any lender that rescue my family from our poor situation, i will refer any person that is looking for loan to him, he gave me happiness to me and my family, i was in need of a loan of $250,000.00 to start my life all over as i am a single mother with 3 kids I met this honest and GOD fearing man loan lender that help me with a loan of $250,000.00 SG. Dollar, he is a GOD fearing man, if you are in need of loan and you will pay back the loan please contact him tell him that is Mrs Sharon, that refer you to him. contact Dr Purva Pius, call/whats-App Contact Number +918929509036 via email:(urgentloan22@gmail.com) Thank you.

How doctor olu help me to increase my penis size said...

Hello everyone, am very happy to share this little awesome testimony about Dr olu a great herbal doctor who help me enlarge my penis size.3.2 cm to 8.3 cm longer with his herbal cream mixture, my girlfriend is now so amazed with the autonomous size of my penis , if you you are also in need of help on how to enlarge your penis to become bigger and stronger I adverse you to contact Dr on his email (drolusolutionhome@gmail.com) ) you or contact on whatsapp number +2348140654426 because he is one of the best herbal doctor that i can only show you up to, if your penis is 4.2 cm and want to get it reach 9.2 cm within three weeks i Dr olu is also specialized on obey m breast and boobs enlargement i advise you to contact him for help

i am ERIC BRUNT by name. Greetings to every one that is reading this testimony. I have been rejected by my wife after three(3) years of marriage just because another Man had a spell on her and she left me and the kid to suffer. one day when i was reading through the web, i saw a post on how this spell caster on this address AKHERETEMPLE@gmail.com have help a woman to get back her husband and i gave him a reply to his address and he told me that a man had a spell on my wife and he told me that he will help me and after 3 days that i will have my wife back. i believed him and today i am glad to let you all know that this spell caster have the power to bring lovers back. because i am now happy with my wife. Thanks for helping me Dr Akhere contact him on email: AKHERETEMPLE@gmail.com
or
call/whatsapp:+2349057261346