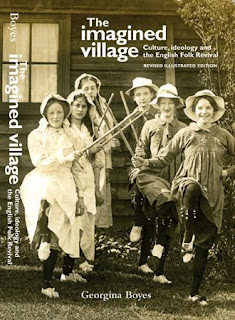 Pleased to see that Georgina Boyes' seminal book The Imagined Village: Culture, Ideology and the English Folk Revival has been re-issued. Very interesting stuff (if still showing the scars of being based on a PhD thesis...). This book developes some of the earlier ideas put forward by Dave Harker's book Fakesong: The Manufacture of British Folk Song, 1700 to the Present Day, which critiqued the Sharpian folk-song revival of the early 20th century, arguing that it was essentially that the notion of a 'folk tradition' was a creation of a bourgeois group of middle class collectors. To quote from the blurb from The Imagined Village "Alongside this, however, runs the analysis that The Folk” themselves were a convenient fiction. They and their culture were created and used in the cause of conflicting ideologies – including the Women’s Suffrage movement and British Fascism. Issues of Englishness, class and creativity are all dealt with in this fascinating and controversial history of the Folk, who existed only to sing and dance in an Imagined Village." Ut is worth pointing out that this critique has itself been subjected to a more recent critique- a good review of the debate can be found here
Posted by David Petts at 01:59 No comments:

Folky stuff on the web 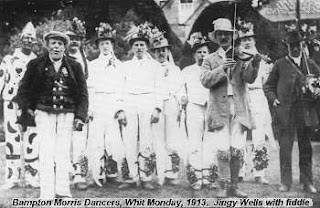 A couple of folky discoveries on the internet. First, the British Library has a fantastic collection of ethnographic field recordings of world music- much of which is on-line. In general, there is more Africa and Asian material than European music. However, its great to see a good collection of traditional music and song from England – for example, there are some good field recordings of Oxfordshire morris, particularly from Bampton. Its not all just English material; for example, there is good stuff from the Irish immigrant communities, particularly from London, such as this version of Matt Molloy’s Reel and other tunes, recorded in The Favourite in Holloway. Nor is it very ‘trad’ stuff- I like the recording of ex-POWs singing ‘Abdul Abubbul Amir’

I’ve also been meaning to mention Jon Boden’s new project A Folk Song A Day, which as the name suggests is a blog providing a new recording of a traditional song every day for a year- its only been running since the end of July and there is already some cracking stuff on it, such as good version of Polly Vaughan (though I do like Jim Moray’s recent version) and a nice video of Bold Sir Rylas and Canadee-I-o (which most people will know best through the music of Nic Jones)
Posted by David Petts at 13:58 No comments:

Museums and the CONDEMS 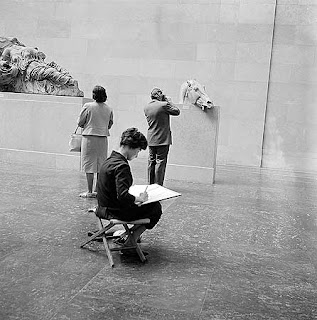 Last week David Cameron gave a lovely heart-felt speech all about how the UK has been not promoting its touristic charms effectively. He argues that the significance of England’s heritage had been underplayed by the previous administration: “"The last government underplayed our tourist industry. There were eight different ministers with responsibility for tourism in just 13 years. They just didn't get our heritage. They raided the national lottery, taking money from heritage because it didn't go with their image of 'cool Britannia'," (which is quite a fair point). Certainly museums and galleries boosted the UK's economy by £1bn last year. However, the irony is that not that long before making this speech Cameron’s “bonfire of the Quango’s” saw the abolition of the Museum, Libraries and Archive council by 2012; with the Culture Minister considering a review of the role and remit of English Heritage, the Heritage Lottery Fund and the National Heritage Memorial Fund.. The DCMS is also heading for major redundancies () - and more recently we’ve seen potential plans for the hiving off of nature reserves to private management. There have also been increased calls by the government for museum funding to be funded through philanthropy – along with Cameron’s wider call for a volunteering ethos as part of his “Big Society” idea (if we can call it an ‘idea’).

In many ways there is relatively little which is particularly controversial- if there are going to be spending cuts (and I’ll skip the whole cuts v tax rise debate) then I have no problem with the arts and heritage taking some of the pain; equally, I have no problem with people giving up their time to help museums (let’s face it, outside the nationals and major regional museums, most museums rely on huge amounts of volunteer support already). I’m equally relaxed with wealthy people giving museums huge bags of filthy lucre.

I don’t particularly want to get drawn into some of the wider discussions about the importance of museum and heritage in general – not surprisingly, as a professional archaeologist, I am of the opinion that these things are generally a ‘good thing’ and should be encouraged and promoted. I have very little sympathy for the more instrumentalist view of heritage (i.e it's not the intrinsic value of heritage itself that counts but the wider impact it can have on society - such as engagement with the National Curriculum, promotion of literacy/numeracy, as well as ‘softer’ functions, such as promoting social cohesion; and most importantly heritage as a creator of wealth) – although I’ve not been above seizing the instrumentalist agenda when it comes to writing proposals for grants and funding for my own work. What currently gets my goat is that in a fairly typical case of doublethink, the new government is busy promoting British heritage as a source of income and prosperity through its intimate links with the tourism industry, whilst simultaneously hacking at the roots of the sector in other ways.

If the queues outside the National Railway Museum, just round the corner from me, are anything to go by, then the national museums aren’t going to have too much problem surviving. They have the internationally important collections and high profiles which will make it relatively easy for them to attract personal and commercial sponsorship, and have the high visitor numbers that will make it possible for then to weather minor drops in footfall. However, it’s the smaller, local museums that are more likely to suffer from attacks on the support infrastructure. As I noted above, they already rely heavily on volunteers to support them. Whilst there is undoubtedly much to criticise about the MLA, they do provide some of the professional expertise (security, collections management, conservation, interpretation) that smaller museums don’t have on tap. On a purely personal level, it is visiting local museums as a child that triggered by interest in the past (a brief roll of honour would have to include Reading Museum; the Museum of English Rural Life; Deal Maritime and Local History Museum amongst many others). If the government are really committed to an instrumental heritage agenda and promoting tourism, it would be good to see more commitment to supporting these kind of local institutions, as these, as much as the nationals, have potential for feeding the tourism industry. It's worrying,although not surprising, to see a complete lack of the 'joined-up thinking' that governments of all political stripes are so keen on connected to this issue. Sadly, its going to be the local and small museums that have less capacity and less ability to weather financial storms that are going to suffer (and don't even get me started on the way the HLF has been raided to support the Olympics.....)
Posted by David Petts at 02:31 No comments: 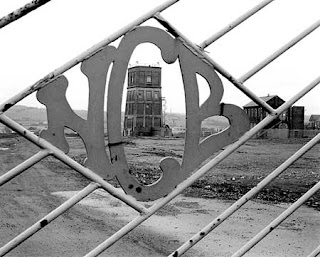 I’ m looking forward to reading Rob Young’s Electric Eden: Unearthing Britain's Visionary Music. As the review in today’s Guardian notes, the historiography of the British folk revival has been relatively limited (although in addition to the few examples noted in the review, there is also Georgina Boyes’ Imagined Village and the BBC 4 series from a few years ago Folk Britannia. It’s clear that Young’s project is to draw out the pastoral neo-Romantic aspect to the folk revival- with its origins in the folk collectors (Vaughan-Williams, Cecil Sharpe etc) of the late 19th and early 20th century through to the 1960s trad folk and ‘hippy’ revivals through into the pastoral noodlings of Kate Bush and potentially even Goldfrapps’ relatively recent excursion into LSD folk. This is clearly a strong line of inheritance, with the rural idyll closely tied into a British radical anti-industrial political tradition which can be traced from William Morris to the modern Green movement. British (particularly English) folk music is often unfairly decried for its rose-tinted view of a rural past (have a listen to Show of Hands’s Country Life or Imagined Village’s Hard Times of Old England as an impassioned rejoinder to this).

What I suspect Young’s book will not bring out (and as ever, it might have been a good idea if I’d actually read it before writing this), is the strong tradition of folk music derived from urban and industrial contexts. Traditional music was obviously most heavily embedded in the working culture of maritime world (shanties etc), but also other industries gave birth to rich traditions of song and dance. For example, the coalfields of the North-East developed and refined an existing tradition of long-sword dancing and saw an outpouring of vernacular songwriting and poetry. These alternative threads have also long been closely entwined in the folk revival. Figures such as Ewan McColl early identified the close link between folk song and the industrial working class, and collected and popularized many traditional songs about working life. He, along with Charles Parker, was also responsible for the creation of the Radio Ballads, a series of radio documentaries about industrial and other communities that integrated interviews and oral history with new music written in a traditional idiom. This industrial dimension to the current folk tradition is an important one. In recent years there’s been a new set of Radio Ballads written, and bands, such as Chumbawamba, who have come from very different musical backgrounds have embraced this aspect of the tradition.
Posted by David Petts at 14:40 No comments: