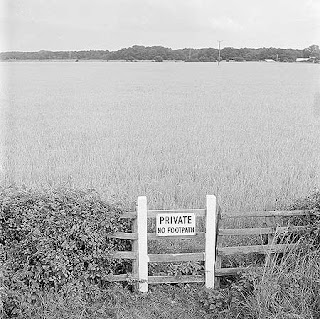 I have always been surprised how little archaeologists have engaged with the notion of psychogeography. Like many movements, this is a rather protean notion, but it can be seen as a set of techniques that attempt to integrate subjective and objective engagement with the landscape with a particular emphasis on engaging emotionally and politically with what is perceived as capitalist space. With its emphasis on performance and the subversion of conventional historical and social narratives, it is not surprise that psychogeography grew out of the Situationist International of the 1960s.

Archaeology has over the last two decades seen a massive rise in interest in trying to understand the subjective experience of space, heavily influenced by Chris Tilley’s Phenomenology of Landscape one of the ur-texts in the phenomenological movement in archaeology. This perspective on human interaction with the environment, whether ‘natural’ or ‘designed’ has been one of the paradigms that have dominated archaeology in the 1990s and 2000s. One key sub-theme that has been particularly important is that of exploring how past societies interpreted and re-worked earlier monuments, or to put it another way, how they dealt with the past in their present. Initially, these approaches were developed by archaeologists working on prehistoric landscapes, particularly those of the Neolithic and Bronze Age in Northern Europe. These were periods when landscapes were seen as being particularly ritualised and symbolically dense, with earlier monuments being continually reworked and re-appropriated for later purposes. This emphasis on the inter-relationship of monuments in the landscape and their subjective experience was something that had been presaged by those working outside mainstream archaeology in what might be called ‘earth mysteries’, a broadly New Age movement, which integrated the personal and spiritual points of view with an interest in folklore and mythology to produce densely allusive and textured readings of prehistoric monuments. Whilst operating in very different spheres, both communities were exploring similar themes.

Despite this close interest in the subjective experience of space, the world of phenomenological archaeology and earth mysteries have generally shown little engagement with psychogeography and vice versa (this is something highlighted in Bob Trubshaw’s recent review of Merlin Coverley’s book Psychogeography)in Time and Mind.

I suspect that one of the reasons for the lack of engagement has been the tendency for psychogeography to have been conceived as an essentially urban phenomenon – whether looking at Flaubert and Guy Debord in Paris or Peter Ackroyd in London, the key figures in the psychogeographic movement have been firmly cosmopolitan (although for individuals moving within world cities their landscapes are often strangely lacking in engagement with ethnicity). Even those who have ventured beyond the confines of the city centre, such as Iain Sinclair or fictionally at least, JG Ballard their milieu has been (sub-)urban; very few have obviously headed into the countryside. In his recent overview of psychogeography, Merlin Coverley claims that one of the key underlying definitions of psychogeography is that it is, in essence, urban. Perhaps underpinning this notion is that the market and capitalism are somehow at heart more urban than rural, an idea clearly at odds with modern perspectives on globalisation that highlight the capillary aspect of free-market capitalism.

What is exciting about the TAG session is that it sees archaeologist attempting to engage explicitly with the notion of psychogeography from an explicitly archaeological perspective (although given the fundamentally cross-disciplinary approach of psychogeography I’m not keen on the neologism ‘psychoarchaeology’). One key way in which archaeology can engage with this approach is through an emphasis on time depth, particularly through the idea of the ‘archaeological imagination’, the creative engagement with the material residue of past societies within the present world. A fundamental aspect of the ‘archaeological imagination’ is the juxtaposition of features from different periods within contemporary spaces, whether on the shelves of a museum or written in the landscape. However, whilst archaeologists have been good at looking at the past in other presents, we’ve not been so good at looking at the past in our own present. This may be because this sphere of action is seen, at heart, as not really ‘archaeology’, but ‘heritage’ or ‘cultural resource management’.

Nonetheless, at heart, what psychogeography and cognate approaches can offer us, is an alternative way to write about the past that moves beyond the traditional period or area survey (not that there is anything wrong with these). One new approach which is being increasingly explored is the notion of chorography – which entails thick description of place, drawing on a range of sources with an explicit engagement with the way in which people have experienced locations physically and emotionally – see Michael Shanks exploration of the idea of ‘deep mapping’.

A recent paper by Darrel Rohl, a graduate student here at Durham, flagged up a number of basic observations about chorographic writing: a focus on space/place, a multi-media approach, an engagement with the spatio-historical, the connection of past and present, an emphasis on the interdependence of human and environment, a de- and re-centering perspective, a present and recognizable authorial voice, a focus on experience, memory and meaning, a degree of native knowledge, requiring real emplaced experiences, a transdisciplinary perspective and it should be qualitatively and quantitatively empirical and critical. It is easy to see how many of these perspectives chime with the aims and objectives of many engaged in study and interpretation of the historic environment, and indeed how many of these approaches have a long genealogy within archaeology.

What surprises me, is the fact that there are so few works by archaeologists in the UK that actively engage in this approach to writing about the past. One reason may be that this kind of discursive work is not seen as sufficiently academic rigorous to past muster with the Research Exercise Framework – a fine example of the stifling impact of the academic audit culture on innovative ways of writing about the past. Whilst there are one or two recent works that very explicitly draw on both chorography and psychogeography, such as Mike Pearson’s wonderfully evocative In Comes I , they are often nonetheless undeniably dense and demanding reads. One of the positives about chorography and pyschogeography is that they provide exciting ways of engaging with the wider public, rather than just exchanging ideas within the academy.

Ironically, in recent years in Britain, there has been an upsurge of popular writing that can be clearly situated in the chorographic tradition. The increasing popularity of writers such as Robert MacFarlane, Richard Mabey and Roger Deakin show a popular appetite for writing about the intersection between people and place. However, these writers have all been labelled as ‘nature writers’ rather than ‘history writers’, despite the fact that all three write about the relationship between the natural and the human environment and regularly engage with archaeological topics. They are part of a wider resurgence in writing about place, such as Madeline Bunting’s meditation on her childhood in North Yorkshire seen through the perspective of one small area of land (The Plot) is important. Alexandra Harris in a recent article for the New Statesman has drawn parallels between this and the rise of ‘localism’ as a political mantra within the UK political establishment, although she has emphasised the historical rather than ecological dimension to this movement. Despite the recent popularity in this literature, we can perhaps place the origins of the revival back in the mid-1990s with WG Sebald’s Suffolk journey in Rings of Saturn (1995) and Roger Deakin’s Waterlog (1995). The latter, a wonderful example of alternative ways of movement within a landscape, including explicit collisions between the desire to move through natural landscapes and the overriding tendency to control access to natural resources even rivers.

The challenge thus remains for archaeologist to try and engage with these alternate perspectives to writing about the past and the present – the TAG session is a start, but the real challenge is to move them from the confines of the lecture theatre and onto the shelves of the nearest bookshop.
Posted by David Petts at 15:32 1 comment: